Do you remember when nobody thought CFB would have playoffs? 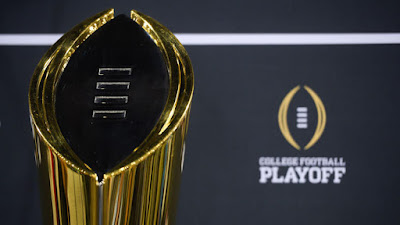 It wasn’t too long ago when the standard answer to fans calls for a D1 NCAA College Football Playoff was “It is never going to happen”. The reasoning was usually… too much money from the bowls… too much history… the good old boy network…. etc. etc. etc.

Well you know what? The fans eventually won out when the public pressure led TV partners to figure out how they could make more money off of a playoff than the bowls.

Right now the calls for USSF to switch from the closed league system that we are currently using in the United States and Canada are becoming more and more frequent from not only the fans but from  media sources nationwide.

Why not follow the European model and integrate relegation and promotion? Have a certain number of bad teams descend to a second division, and have some of those teams in those leagues ascend. It would give opportunities for division II teams that have an established fan base get involved at a much bigger stage.

Not too long ago Roy Bragg in the San Antonio Express News wrote a great piece challenging whether or not MLS is even worth it for cities who want professional soccer. He also calls for guess what? #ProRelForUSA

There is a simple and faster way for SA or any other city to move up to MLS, but none of the apparatchiks at the U.S. Soccer Federation or MLS, nor bandwagon fans, want to hear it.

That system sets up a hierarchy of national leagues, from Tier I down to semi-pro. The worst teams in a division are paid a tidy sum to drop down a tier, while the best teams in lower tiers move up one notch

In the past we’ve covered articles in Chicago and Sacramento calling for the same reform. These are just two more in what is becoming a regular call for systemic reform by the media in the United States. It feels like we are on the path to where writers are going to starting calling an Opening of the Pyramid a “When we do this” not a “If we do this”.

Just like happened for College Football and the playoffs…