How does the MLS structure affect youth players in the US abilty to turn pro? 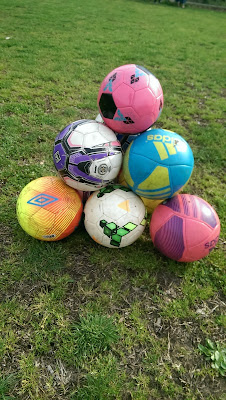 Earlier today Will Parchman reported in THIS ARTICLE that…

New England Revolution academy forward Justin Rennicks was suspended for his final 2017 spring semester by the club for going on a training stint at a Bundesliga club this winter, several sources confirmed to TopDrawerSoccer.com.

As we have discussed previously MLS has a very convoluted system when it comes to dealing with player signings with the league. No franchise actually signs players… the league signs the players to a contract and at that point they are assigned to a team.

Part of this player signing system is the “Homegrown Player” contract rights for young players just entering the league from an academy of a MLS club. These young players are not under any sort of professional contract like top level academy players in the rest of the world would be. They are not being paid at all actually…

The Homegrown Player right to sign this young player to a contract in the MLS are “owned” by each franchise anyways. So unless the youth prospect signs a professional contract with the franchise that the player is in the academy of… they can not play in MLS without the team being compensated for it by a different team in MLS.

Long story short… if the youth player does not sign with the club who owns their “Homegrown Rights” they can’t sign with the MLS to play for any other team. Right off the bat about 40% of the professional soccer teams in the United States and Canada are removed from the pool of potential employers for young players.

So… if we go and train with clubs around the world in the off-season to try to help our employment prospects we get suspended from the Academy AND still have our Homegrown Player rights owned by that club. If we continue to play in the Academy and then try to negotiate for the best contract we can in the US, we run the risk of not being able to sign with any team in the top division of soccer in the United States after being blackballed from signing with any other MLS franchise if we don’t accept the teams offer. If we go to college we then waste the first four years of the limited time we can earn a living being a professional player.

Sounds like an awesome system to have set up for MLS to keep American player costs down… not so much for young  players trying to earn a living.

Also just remember that if we used the same system the rest of the world used regarding Training Compensation and Solidarity Fees the MLS would be getting money if the young player signed with any other club.

Everyone knows how this gets solved & it’s not by trying to force kids to stay @ their academy clubs.