What can USASA do to solidify the base of the US pyramid? (UPDATED) 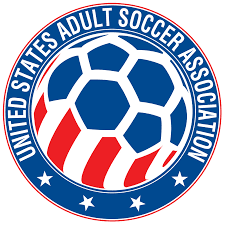 The lower divisions of US soccer have been described quite accurately as the Wild West. New leagues and clubs popping up almost daily all off season every year for generations now. Many fans do not realize that amateur and semi-pro soccer leagues in the United States are not directly sanctioned by USSF in the same manner that professional soccer leagues/clubs are. They are in fact either indirectly sanctioned to USSF via the US Adult Soccer Association (USASA), US Club Soccer or by your local state soccer association’s relationship with either USASA or US Club.

There are many great leagues and clubs in “Non-League” American soccer… we have also seen explosive growth over the last few years at this level of club competition. Currently it does not appear that the USSF is going to step up and create a true D4/5/6 directly sanctioned national league structure. Knowing this, USASA is in a perfect position to manage this growth and direct it toward the creation of a true base of a national pyramid system for US soccer considering its existing size and relationship with 1000’s of clubs/teams nationwide.

There have been a multitude of articles written about potential regional league structures for different parts of the country including this great RegionalLiga article by American Pyramid about the North East and our Va, WV, NC and SC article. Due to the lack of leadership by USSF many entrepreneurs are starting to fill this void and create regional leagues themselves like the Gulf Coast Premier League and the United Premier Soccer League. Unfortunately these regional and national leagues (NPSL/PDL) are having to act like independently controlled de-facto federations for their clubs.

What is now desperately needed is for the leadership of USASA to provide a proactive long term visionary plan for US Soccer and create a structured system of regional leagues as homes for independent clubs.

As clubs apply for membership in to the USASA Regional League System they could be graded and placed in to the appropriate regional league according to the standards set by USASA for the first year. As the system fills up promotion would be implemented along with the continuing addition of new clubs via this application process. Upon all regional leagues at the 3 levels having filled up, a true system of Promotion and Relegation would then be implemented.

Long term financially this new Regional League System would significantly lower costs for all clubs involved. As teams are added/changed, regions can be altered by shifting teams to continue to keep transportation costs as low as possible.  With the operation and management of the leagues being done at the state association and USASA national office level, yearly league fees can be kept VERY low. Until the league system fills up, applying for a position in and then “Buying in” at a higher than the 6th Division level could require an expansion fee that could be put in to a fund that draws interest to help offset administration fees for USASA.

USASA has the ability to permanently and significantly change the soccer pyramid in the United States. They can finally give American soccer the stability and structure that it needs at its base for us to truly be a world class soccer nation.

Hopefully they have the vision to do so…

Since the release of this article USASA President John Motta responded with a comment on the article. Very encouraging to say the least… USASA we can’t wait to see what you have planned!